Books on chaplaincy abound, but most of them are written for a Christian audience. A new book aims to fill that void with a collection of essays written by Muslim spiritual caregivers, many of them with a connection to Hartford Seminary. Mantle of Mercy: Islamic Chaplaincy in North America was compiled by four distinguished Muslim chaplains, two of whom were trained as chaplains at Hartford Seminary. 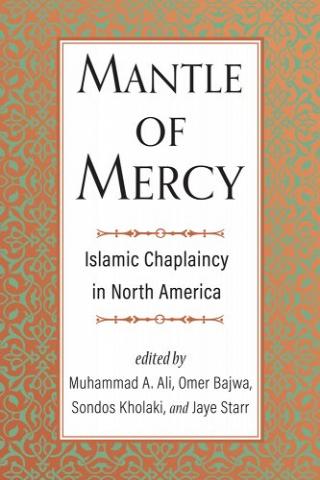 Jaye Starr '18 and Omer Bajwa '10 joined with Muhammad A. Ali and Sondos Kholaki, both graduates of Bayan Islamic Graduate School, to produce this 320-page tribute to the art of chaplaincy as Muslims practice it. "Muslim chaplains work in a variety of environments, among them hospitals, universities, the armed forces, local communities, and correction facilities. Each locale presents its own challenges, and each is touched upon by the authors in this volume, with a focus on North America," according to publisher Templeton Press.

"Across the span of over thirty chapters, these vivid reflections show us the power of Islamic principles to bring strength and comfort to the sick and suffering. In addition, the personal approach of Mantle of Mercy is intended to correct certain misunderstandings about the Muslim faith and to promote the development of a curriculum that is both ethically and spiritually sound, and that is informed by the real-world experiences of Islamic chaplains." With a foreward by Dr. Ingrid Mattson, who founded Hartford Seminary's Islamic Chaplaincy Program in 2001, the book includes many familiar names, including an essay and farewell letter to colleagues from Sohaib N. Sultan '10, the Imam and Muslim Life Program Coordinator at Princeton University, who died at the age of 40 earlier this year.