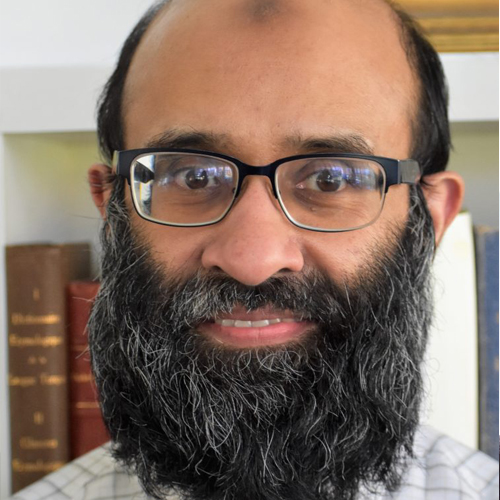 Suheil Laher serves as Faculty Associate in Qur’anic Studies. Born and raised in sunny Zimbabwe, he memorized the Qur’an by the age of fourteen. He came to the U.S. as a college student to study engineering, but the horrific events of 9/11 led him to realize the need to better analyze his own religion, and the need for dialogue with others. He proceeded to earn an MA and Ph.D. (from Boston University and Harvard, respectively), and found this academic study to be a valuable part of his personal growth toward a better understanding of the rich tradition of Islam, the place of religion in the modern world, and the danger of the shallow rhetoric of extremists.

Dr. Laher conducts research in Islamic theology, law, Qur'an and hadith studies, and has published academic articles, book chapters, encyclopedia articles, and scholarly translations, including two articles in a collected volume published as a concerned Muslim response to and condemnation of terrorism. He has taught at a number of universities and other educational institutes in the United States, including a leading role at Fawakih Institute for Classical Arabic, and he has presented at academic conferences in the U.S. and abroad. Dr. Laher has also benefitted from a number of traditional teachers of the Islamic disciplines, spanning diverse schools of thought and sects, in the U.S. and abroad. He served as Muslim Chaplain at MIT for over ten years, an experience that helped lead him to believe strongly in the value of both inter-religious and intra-Muslim dialogue, with a view to better understanding and fruitful cooperation to help make God’s earth a better place.