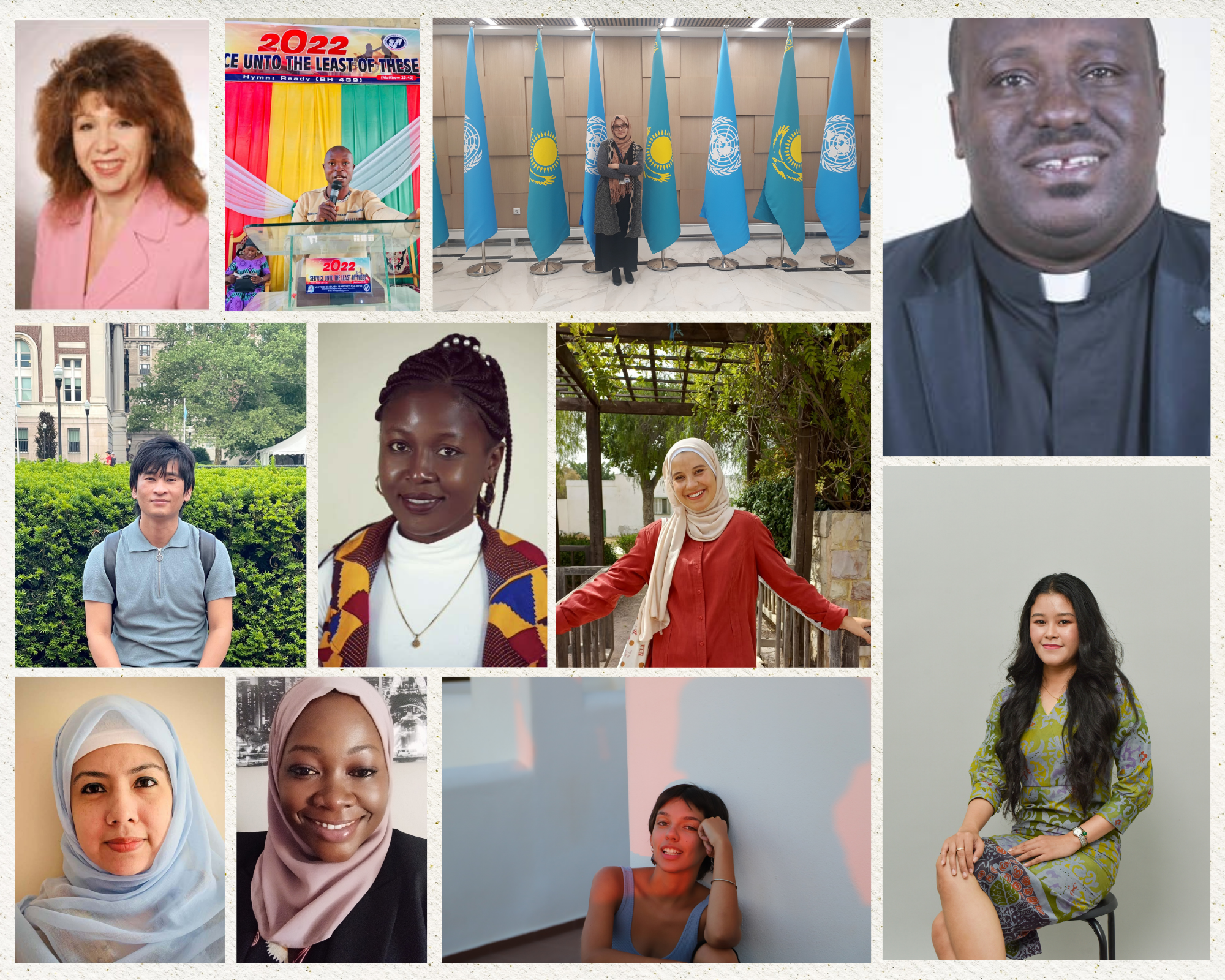 Students for 2022-23 have been selected for our highly competitive MA in International Peacebuilding. The program is a one-year, residential, 36-credit, master’s degree program where students develop interreligious literacy and acquire constructive conflict intervention skills through a combination of service-learning, traditional courses, experiential courses, and project-based learning. Below are the profiles of our incoming class, which will begin studies in August. 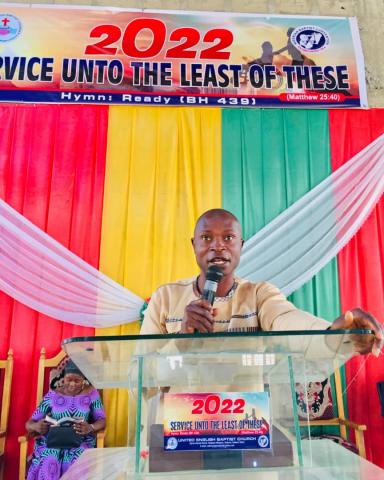 Dogara Simon Danbaba holds a Bachelor’s Degree in English Language and a diploma in journalism from NTA Television College, Jos. As a student, he received three awards from NTA Television College in recognition of his journalistic skills. As a result of his academic prowess, he was offered a job with one of the best media houses in Nigeria, DAAR Communications. However, in 2014, he resigned his appointment from the company to follow God’s calling to become a missionary. Since then, he has been in Kamuku Home Mission Field in Niger, a state of Nigeria. Growing up in Nigeria has made him realize that conflict and lack of connection between people of different religious beliefs can have detrimental consequences. He read stories of HIU transforming lives across the globe, which, along with his need to reconcile the people in his community, compelled him to apply to the MAP program. He dreams of contributing to society in the area of peace and the promotion of harmonious living. 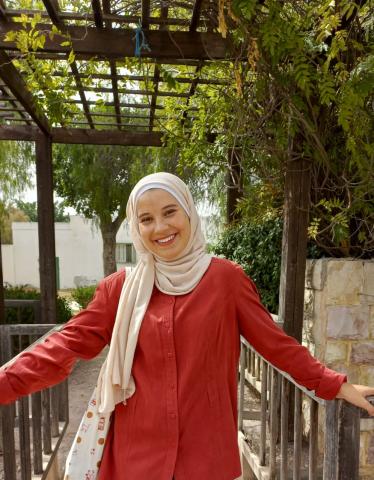 Safiya is an Anglo-American Literature and Civilization university graduate who is currently pursuing a postgraduate degree to be a university teacher. She is taking a year in the midst of this to complete the MAP program. Safiya is a literature lover at heart and a knowledge seeker by nature. Her experience as a member of IofC (Initiative of Change Tunisia) inspired her to learn more about interreligious studies and its centrality to peacebuilding. Safiya thinks there is no place in the world as dedicated to improving interreligious studies as HIU. She also looks forward to focusing on imagination as a spiritual practice, a practice that she believes is not entirely disassociated from reality. Together with her fellow MAP students, Safiya will be able to foster interreligious dialogue on the international level, address assertions that religions are inherently negative forces (especially in the field of politics), empower  those who can make a difference, and build a better future for peaceful coexistence.

Born and raised in Malawi, Lyka Mtambo is a dynamic personality who believes in empowering others because she, too, is empowered. She is a lawyer with eight years of experience at the bar. She is a founder of a law firm known as Charlotte Ray and Associates based in Lilongwe, Malawi, which she established in 2017. Lyka chose HIU because she was captivated by its history, its diversity, and its prominent alumni. She further states that the uniqueness of the curriculum of the MAP program speaks to her aspirations and future plans. Lyka is passionate about child rights, women’s rights, and interfaith work. Her passion has seen her serve on a voluntary basis in different organizations in her home country and also internationally. She currently serves as a member of the International Youth Committee of Religions for Peace. Through her volunteer work, she has worked in the areas of faith, religion and diplomacy, child rights and women’s rights, and social cohesion. 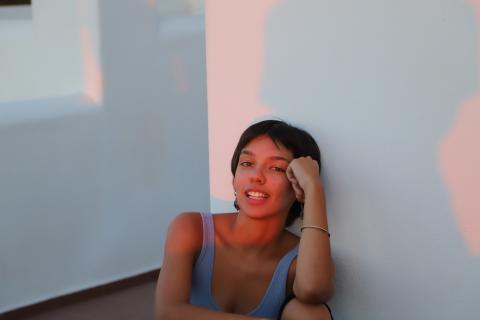 Lena Vallianatou went to a music high school and studied pedagogy at the National and Kapodistrian University of Athens. Now, she gives literature lessons and helps students prepare for school. From a young age, she played musical instruments and sang. In high school, she started playing traditional Greek music. She plays the Lyra of Istanbul and sings traditional Greek songs from different Greek areas. Dancing is another passion of hers with her specialty being contemporary dance. She applied to HIU because she believes that peacebuilding through diverse religions needs to be included in educational programs both inside and outside schools. In this way, our understanding of inclusion can be nurtured and our differences celebrated. She would like to work in education in her country to improve the way that Greek society behaves toward refugees. Also, she would like to use peacebuilding as a tool in education programs and work with refugee students and their parents. 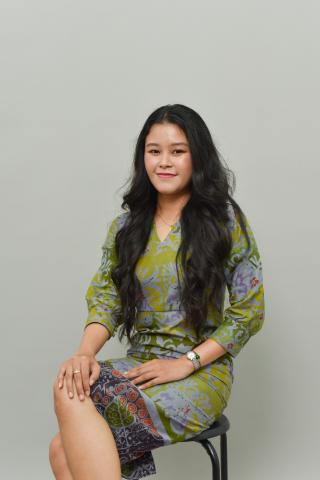 Regina earned her Bachelor's Degree in International Relations at the University of Jember. She worked in the Regional Center of Expertise (RCE) Candidate East Java. Previously, she worked at the Center for Human Rights, Multiculturalism and Migration (CHRM2 University of Jember). Through the MAP program at Hartford International University, she wants to better understand human rights, religions, and multiculturalism. She hopes those will help her to educate people about peacebuilding. Having worked in RCE Candidate East Java and CHRM2 nurtured her passion for activities concerning human rights, community outreach, policies, law, sustainable development, and the role of education, religion, and peace. 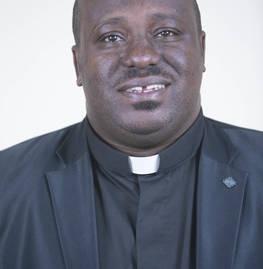 Paul holds a Bachelor’s Degree in Divinity and a postgraduate degree in Mass Communication. His main goal in life entails the realization of peace through being firmly committed to overseeing a permanent end to violence. He aims to do this by working with other like-minded individuals to encourage dialogue among people, mending relationships, and reforming institutions. Paul’s commitment and love for peace have led him to be the Zanzibar Interfaith Centre Executive Director in Tanzania. The Centre has contributed to regional and global peace by building a resilient society that can survive violent conflicts and fostering peaceful co-existence among diverse religious, political, and cultural divides. In addition, he is committed to contributing to the learning process of his MAP program peers, bringing in his first-hand experience in peacebuilding through interfaith relations and interreligious dialogue work. Paul believes the knowledge he will acquire in the MAP program will benefit many through teaching, sharing, and writing. 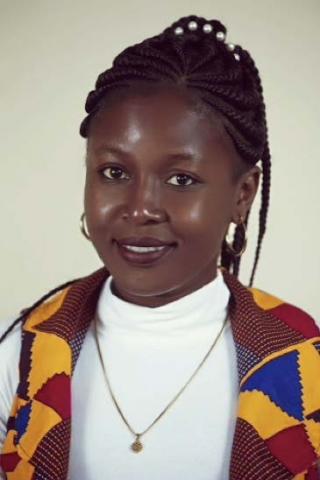 Harriet is a youth peace advocate working in the Coast region of Kenya. Much of her work involves championing youth and women to take active roles in peacebuilding and preventing violent extremism. Harriet is also a founder of an organization, WeRiseAfrica, that challenges young people and women to rise against the challenges around them and participate in processes that affect their daily lives such as peacebuilding, leadership, and governance. As part her interfaith dialogue work, she targeted religious leaders, security officers, a local peace structures committee, and local youth. This aimed at building partnerships for peace and security through inter-faith dialogues, community-police sensitization meetings, and house of worship visits to promote harmony and tolerance. Harriet is a member of the Mombasa Interfaith Youth network. She was also a fellow of the African Union interfaith dialogue on violent extremism (IDove) 2020 and an International Dialogue fellow 2020 at the International dialogue centre (KAICIID).

Marina was born in Ukraine and moved to Germany in 1996 as part of a wave of Russian-speaking Jews who were invited to re-establish Judaism in Germany. She moved to the U.S. in 2009. An engineer by training, she has volunteered for years with organizations – both Jewish and Christian – which serve refugees and migrants. She is looking to turn her volunteer work into her main career. A better understanding of the Abrahamic faiths and conflict transformation will allow her to be of greater service to others. 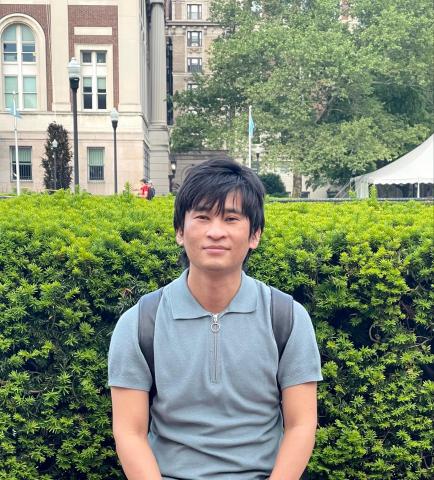 After the completion of his degree in Divinity, Vinoto went to pursue his studies in Social Work in Dalit and Tribal Studies and Action. The concentration of his research during this particular study was on the "Eastern Konyak Naga in Indo-Myanmar Border area." After that, he served as an office assistant at a local church for two years. He also recently earned his Master's of Sacred Theology from Union Theological Seminary in New York; his extended paper was on "Exploring Double Religious Identity in a Naga Christian Context." Vinoto’s goal both in academia and ministry is to engage with Indigenous communities, primarily those in the border areas. It will be a holistic approach where he intends to concentrate on education, health, politics, socio-economic conditions, along with religious aspects.