Imbran Bonde of Indonesia, a student in the inaugural MA in International Peacebuilding program, didn't have a chance to read The Chronicles of Narnia until he was in seminary.

"In my village, many children can't afford to buy books," Imbran said. "A book was a fancy thing."

But rather than accept that, Imbran decided to create a small library that gives people in his village access to books and offers English classes as well. The library opened in a small house in 2020, during the pandemic, with some donated funds. While Imbran is in Hartford studying, his sister is helping him maintain the library.

Imbran, a Christian, grew up in the Poso Regency of Central Sulawesi Province. His family couldn't afford books for pleasure, and he wasn't introduced to fiction that offers "inspiration and imagination" until he was grown and studying at seminary.

In his mind, there is a connection between offering children the opportunity to read and learn about the world and reducing conflict in an area known for violence between Muslims and Christians.

Imbran himself experienced the trauma of having his family home burned down by Muslims, whom he was taught to hate. But his education and the experience of meeting other Muslims dispelled that hate and taught him to appreciate diversity and pluralism.

He recently contributed a chapter about trauma to a book produced by the Christian Church of Central Sulawesi. The book is written in Imbran's native language, Bahasa Indonesia.

He wrote the chapter to educate local pastors about the impact of trauma, especially on young people in the region, too many of whom are committing suicide.

"We have conflict, but we're not aware about trauma," he said. "We need to face the problem."

In Hartford, Imbran has been learning how to manage projects, analyze cases, and better understand the problems his community faces. He is also working with Foodshare as part of his field education and hopes to help improve farming practices when he returns home next summer.

Imbran said his family and friends often ask him why he didn't choose to work as a pastor after graduating from seminary.

"There are many ways to preach the word of God," he tells them. "We need to take care of the problems we have in society." 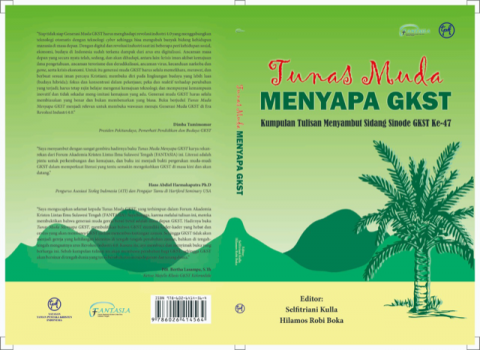