Keynote 1: Women, Agency, and Diversity in the Early Church and Beyond 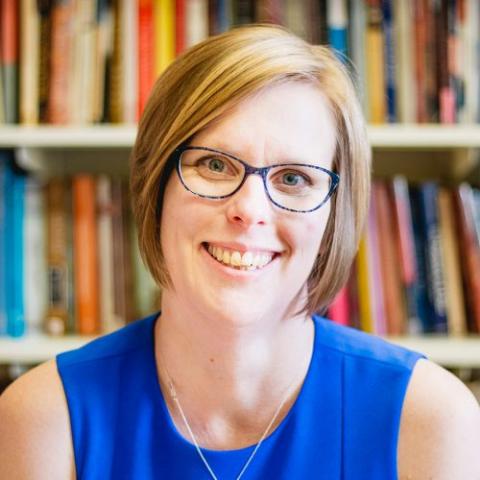 In classrooms, in faith communities, in the public square, Katherine Shaner challenges leaders to listen for the voices of people who are usually left out of our stories in our scriptural texts and in our histories of justice. She is Associate Professor of New Testament at Wake Forest University School of Divinity where she teaches courses across the Christian Testament that explore the theological, social, and political implications of biblical interpretation for contemporary communities. She works with archaeological materials from modern-day Turkey, Greece, Israel, and Palestine to help better understand the full context of the earliest Christian communities. Throughout her teaching and scholarship she examines the ethics of contemporary Christian biblical interpretation across intersections of race, class, and gender. Her course offerings include Women and Slaves in Early Christianity, Multi-Cultural Biblical Interpretation, The Material World of the New Testament, Revelation, and introductory courses. Shaner’s book, Enslaved Leadership in Early Christianity (Oxford University Press, 2018), challenges readers to re-think common perceptions about how enslaved persons participated in early Christian communities. She is an ordained pastor in the Evangelical Lutheran Church in America (ELCA) and is a regular guest preacher and presider. 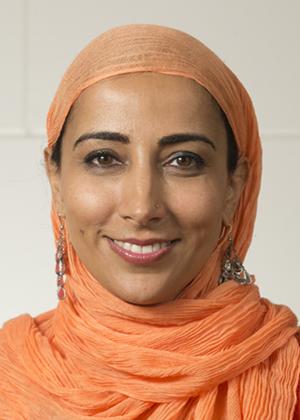 Professor Syeed is recognized as a leader in peacebuilding and twice received the Jon Anson Ford Award for reducing violence in schools and in the area of interracial gang conflicts and was named Southern California Mediation Association’s “Peacemaker of the Year” in 2007. She has chaired national conferences on Muslim and Interfaith Peacebuilding, served as a mediator in many cases, started mediation programs in many institutions including University of Southern California and several middle and high schools. Schools have reported a drop in disciplinary referrals and violence. Her track record as a peacemaker has made her sought out advisor for state, federal and White House initiatives, and in international conflicts in Guam, Afghanistan, Israel, Palestine, India and France.

Along with colleagues she has developed training modules in Islamic conflict resolution and mediation presented at Harvard Law School. She serves as an advisor to local and federal agencies on interfaith dialogue, cooperation and public engagement and was most recently engaged at advisory convenings sponsored by the Interfaith Youth Corps in collaboration with the White House Challenge: The President’s Interfaith and Community Service Campus Challenge.

She serves as the co-chair of the American Academy of Religion’s Religion and Politics Section and is a member of the Academy’s Religion, Social Conflict and Peace Section. She is a past board member of the National Association for Community Mediation, National Coalition for Dialogue and Deliberation and serves on the Higher Education Advisory Council for Interfaith Youth Corps, and Advisory Council for Peace and Conflict Resolution at the Tanenbaum Center and past chair of the Pasadena Commission on the Status of Women. She served on the Teaching Team for the Luce American Academy of Religion Summer Seminar on Religious Pluralism and Comparative Theologies.
She is a regular blogger for Muslim Voices, Feminist. Com, Huffington Post and has been featured in the Los Angeles Times, on NPR, PBS, on the Tavis Smiley show and has been quoted by print and news media around the globe. Her speaking schedule has included keynotes and named lectures around the country at major universities including La Sierra University, University of Southern California, Harvard University, Boston Theological Seminary, University of Toledo, Eastern Mennonite University and her alma mater, Guilford College.

She is a 1995 graduate of Guilford College where she received the Oexmann Fellowship for community based mediation and was awarded the 2012 Young Alumni Achievement Award. She is a 2000 graduate of Indiana University Maurer School of Law where she was a teaching fellow in the area of mediation and ran the university’s mediation program. She also has appointments as extended faculty at Claremont Graduate School of Religion. 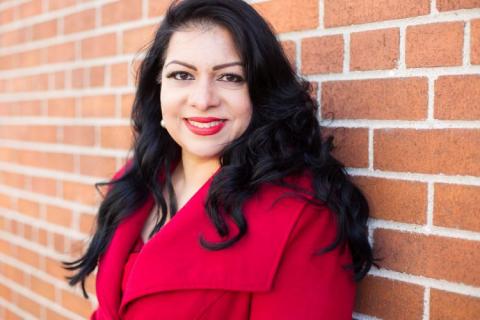 Jasmin Zine is a Professor of Sociology & Muslim Studies at Wilfrid Laurier University in Ontario Canada. Her books include the co-edited volume Muslim Women Transnational Feminism and the Ethics of Pedagogy: Contested Imaginaries in Post 9/11 Cultural Practice (2014, Routledge), Islam and the Hinterlands: Muslim Cultural Politics in Canada ( 2012, University of British Columbia Press) and Canadian Islamic Schools: Unraveling the Politics of Faith, Gender, Knowledge and Identity (2009, University of Toronto Press).

She also published numerous journal articles on topics relating to Muslim cultural politics, Muslim women’s studies, cultural studies, Islamic schooling and anti-racism education.  She has completed a six year long national study (2009-2015) funded by the Social Sciences and Humanities Research Council (SSHRC) on the impact of 9/11, the ‘war on terror’ and domestic security discourses and policies on Canadian Muslim youth and is currently finishing a book manuscript based on this study tentatively entitled: Under Siege: Islamophobia and the 9/11 Generation.

She has given numerous invited talks and keynotes at conferences and forums in Istanbul, Paris, Vienna, Budapest, Berlin, Amsterdam, Madrid, Cordoba and Cuba, as well as in Pakistan and across the U.S. She is a faculty member in Critical Muslim Studies Institute on Decolonial Struggles and Liberation Theologies in Granada, Spain.

In Canada she served as the co-chair of the Islamophobia sub-committee of the Ontario Anti-Racism Directorate and has testified at the Canadian Heritage Parliamentary sub-committee meetings on Motion 103 (addressing Islamophobia, systemic racism and religious discrimination) and on On-Line Hate. ​She is also a sought after media commentator on Islamophobia, Racism, and Muslims in Canada. Dr. Zine is  an affiliated faculty member with the Islamophobia Research and Documentation Project (IRDP) at the University of California, Berkeley and serves on the editorial board of the Critical Muslim Studies journal Re-Orient.  She has worked as a consultant with the Office for Democratic Institutions and Human Rights at the Organization for Security and Cooperation in Europe (ODHIR/OSCE), the Council of Europe (COE), and the United Nations Educational, Scientific and Cultural Organization (UNESCO) on guidelines for educators and policy-makers on combating Islamophobia. She is currently working on a SSHRC  funded study mapping the Canadian Islamophobia Industry with the National Council of Canadian Muslims.

Keynote #4: Womanist Voices in the Academy 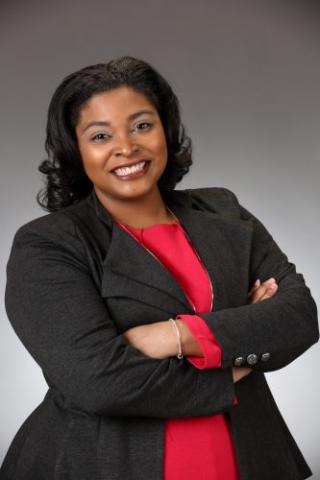 Shively T. J. Smith serves as Assistant Professor of New Testament at Boston University School of Theology (Boston, MA). She completed her Ph.D. in New Testament Studies at Emory University as the first African American female degreed in that specialization. She published her book, Strangers to Family: Diaspora and First Peter’s Invention of God’s Household with Baylor University Press. She is completing a commentary on Second Peter for SBL Press and several articles on 19th century African American women writers and the Bible. As a scholar of New Testament, Smith writes and teaches on all 27 books of the New Testament, but her particular focus is on the letters from Hebrews to Jude in the New Testament, approaches to biblical interpretation (hermeneutics), Womanist and African American biblical interpretation, and Howard Thurman. Smith is an ordained itinerant elder in the African Methodist Episcopal Church where she proudly serves as member and resident scholar at the historic Metropolitan AME Church (Washington, DC).

Smith has studied at a variety of institutions, including: Fisk University (Nashville, TN), Emory University Candler School of Theology (Atlanta, GA), Columbia Theological Seminary (Decatur, GA), and at Oxford University (Oxford, UK) as an English-Speaking Union Luard Fellow. She is a member of Phi Beta Kappa, the Society of Biblical Literature, the American Academy of Religion, Association for Jewish Studies, and the Society for the Study of Black Religion. She serves on the editorial boards for SBL’s Emory Studies in Early Christianity and Semeia Studies as well as the board of trustees for the Forum for Theological Exploration. She is a contributor to the revision review of the NRSV and recently joined the editorial board for the HarperCollins Study Bible Third Edition Update as Associate Editor. Smith has appeared on the History Channel Documentary, “Jesus, His Life” and presented at the National Museum of African American History and Culture. Her work has been supported by organizations such as the Forum for Theological Exploration, Louisville Institute, Ford Foundation, Wabash Center for Teaching and Learning in Theology and Religion, Black Women in Church and Society Program, Social Science Research Council, and the Mellon Mays Fellowship Program.

Smith has emerged as a sought-after scholar, teacher, preacher, and writer who is dedicated to the service of academic theological studies and ecumenical conversations in the public square. She has contributed to multiple writing projects and series, including Feasting on the Gospels, Reading & Writing Theologically, and the forthcoming series, Connections: A Lectionary Commentary for Preaching and Worship. She is a regular contributor to the online Working Preacher Lectionary series and the Odyssey Network’s “On Scripture” online series and “Odyssey Impact” campaigns. She is a frequent commentator on the Recy Taylor Documentary, “The Rape of Recy Taylor,” and the Howard Thurman Documentary, “Backs Against the Wall.”

Panel: The Challenges and Opportunities of Women’s Leadership 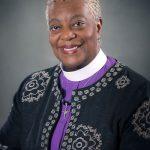 The Rev. Patricia Ann Curtis Davenport assumed office as bishop of the Southeastern Pennsylvania Synod of the Evangelical Lutheran Church in America (ELCA) on August 1, 2018. Overwhelmingly elected by the Synod Assembly on May 5, 2018, she is the first African-American woman to be elected a bishop in the 3.8-million-member ELCA. She was recently elected Vice-Chair of the ELCA Conference of Bishops. 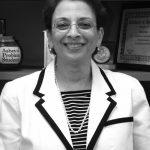 Fatma Wahdan Antar is Professor Emerita and Adjunct Professor of Economics at Manchester Community College. He is a founder and Trustee of the Islamic Association of Greater Hartford and founder and director of education of the association’s Sunday school. She is a past Trustee of Hartford Seminary and past President of the Islamic Council of New England, as well as a member of numerous boards or organizations. She gives lectures on Islam, women’s equity in Islam, and the Middle East. 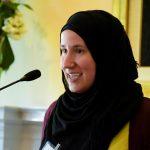 Lauren Schreiber is the co-founder and executive director of Center DC, a Muslim third-space that that helps people practicing and/or exploring Islam grow authentic relationships with other seekers and with God in the metro-accessible D.C. area.  Center DC serves over 4,000 folks – primarily between the ages of 24-35 – annually and facilitates community through over 150 events a year. Lauren is a facilitator, artist, event curator, and grad student with a background in youth development, arts education, organizing, and community building.  Lauren is currently pursuing a degree in Islamic Chaplaincy from Hartford Seminary.

Dr. Jane I. Smith is retired from her position as Associate Dean for Faculty and Academic Affairs and Senior Lecturer in Islamic Studies at Harvard Divinity School. She has also taught at Hartford Seminary where she is Emeritus Professor, and served as Dean at the Iliff School of Theology in Denver. Her academic and personal interests have been in the study of Islam, comparative religion and Christian-Muslim relations, about which she has written numerous articles and books. For many years she has been closely involved with the work of the Connecticut Council on Interfaith Relations.