Master of Arts in International Peacebuilding 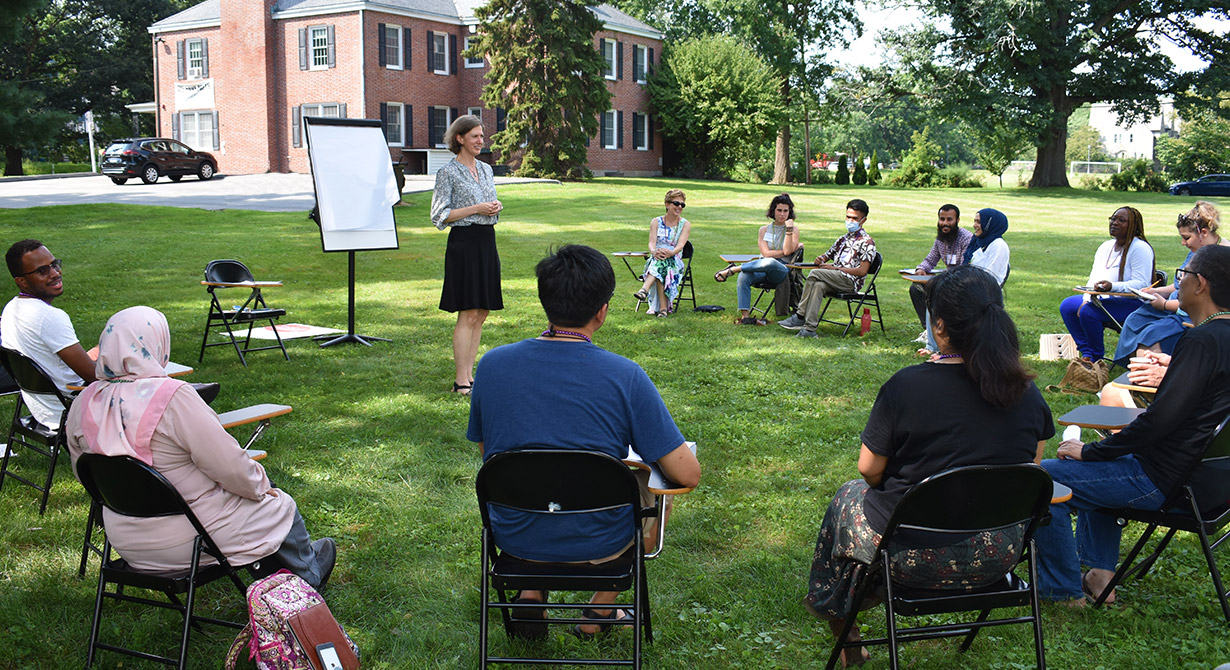 From exploring restorative peace after collective trauma to examining passages in religious texts that have led to current and historic incidences of violence, our Master of Arts in International Peacebuilding program deeply engages students in a skills-focused application of interfaith learning that changes behavior and drives lasting change. Scholarships provide the funding for our MAP students, including tuition, housing, transportation, and a small living stipend.

You will graduate with the confidence to lead communities across the globe in peace and reconciliation initiatives through empathy, spirituality and trust grounded in core knowledge of interfaith conflicts and resolution gained from first-hand experience with case studies and role-play of real-world examples, as well as leadership and public speaking skills.

Where Your Journey May Lead

Lead a Non-Profit or NGO

The Value of Experience 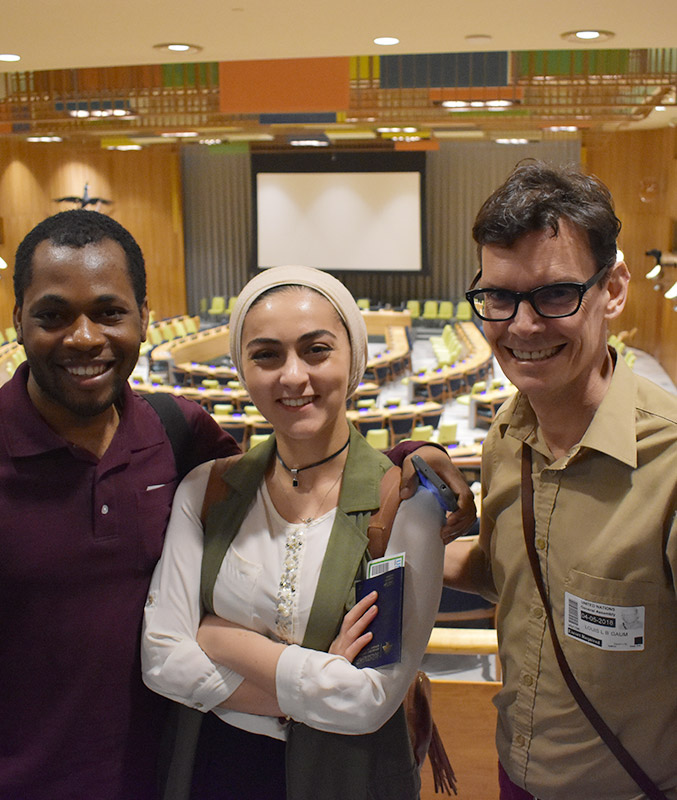 Our students complete their degree with a capstone project or personal action plan. Students who are returning to communities they know well can work on a project that arises from a need in that community. Students going into a new community will work on a personal action plan. They will map out their own theory of change as a peacebuilder, and plan how they will apply what they have learned at Hartford International to become an agent of change in their new community.

Our faculty bring years of academic and practical experience teaching and serving communities of different faiths through complex conflicts around the world. They are award-winning authors, scholars of religion, and passionate leaders in conflict transformation, with teaching and research experience that makes them experts in their fields. They have spoken about their research on international stages, empathizing sociological contexts (I don’t know what this means), religion and recovery from trauma in the modern world. 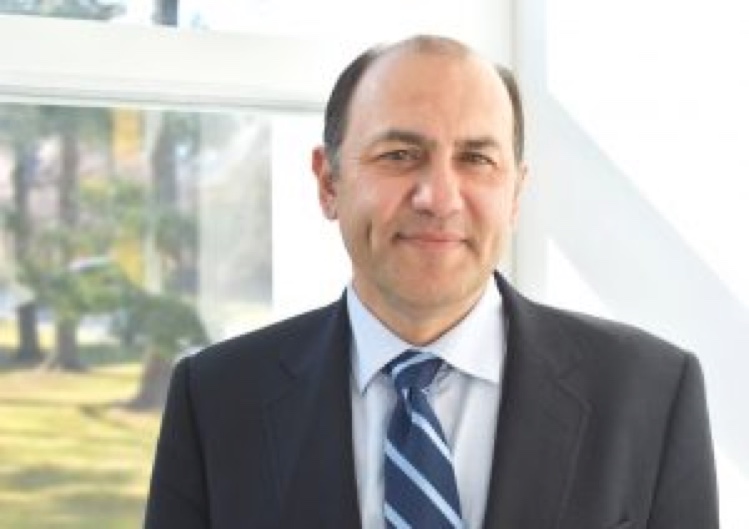 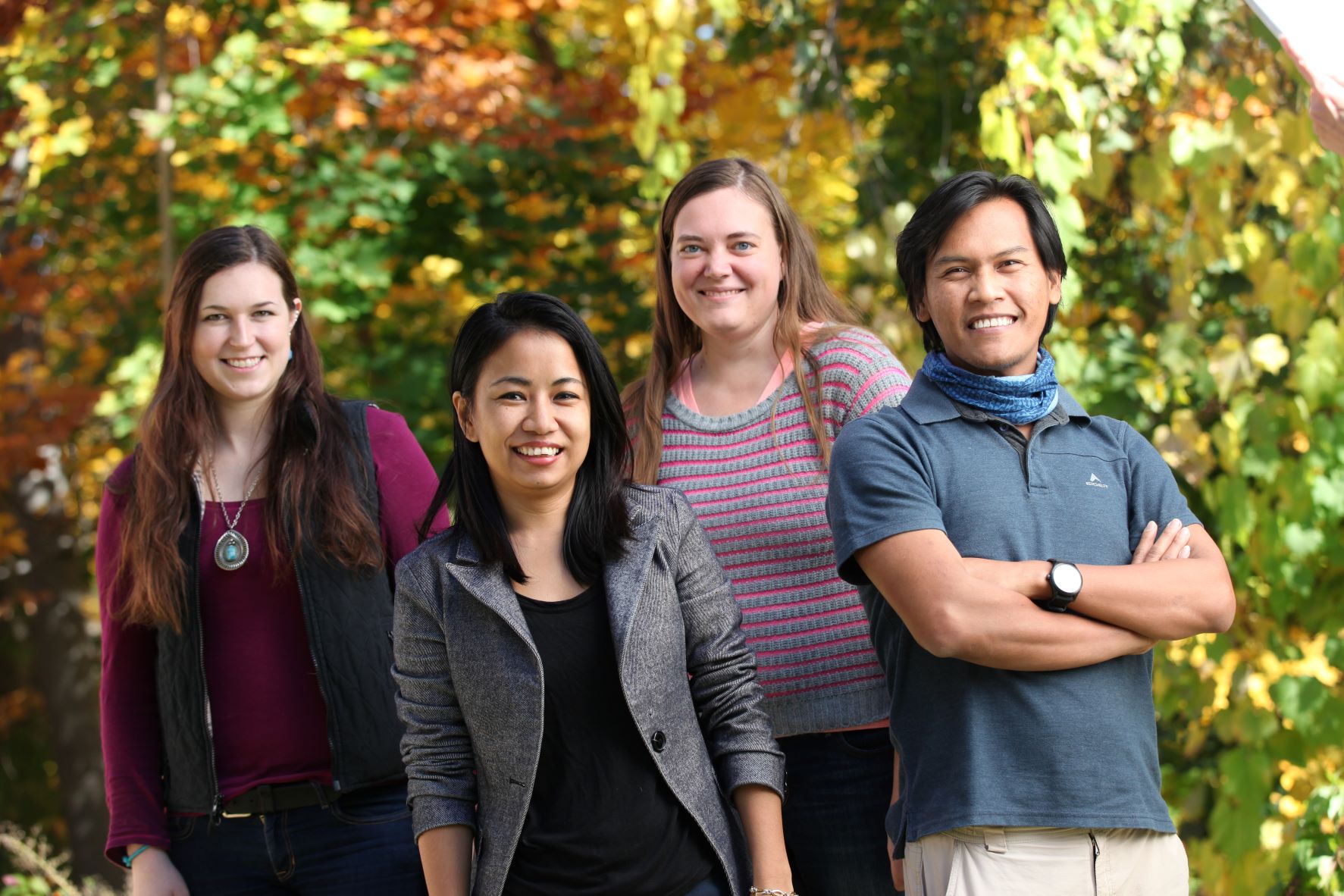 With a foundation in interreligious thought, dialogue and critical thinking, our alumni are set on a path to many fields such as social justice, education, international and domestic policy, human rights, community organization, social work, nonprofit leadership and psychology.

The People Who Thrive Here

Peacebuilders have a thick skin, a tender heart and a spine like a steel cable; an emotional intelligence, humility and sensitivity to make sense of the ambiguous spaces between us; a collective approach to religious freedom and justice. Our MA in International Peacebuilding is built by faculty and designed for students who come here from all over the world with a calling to transform conflicts and bring peace to communities near and far. 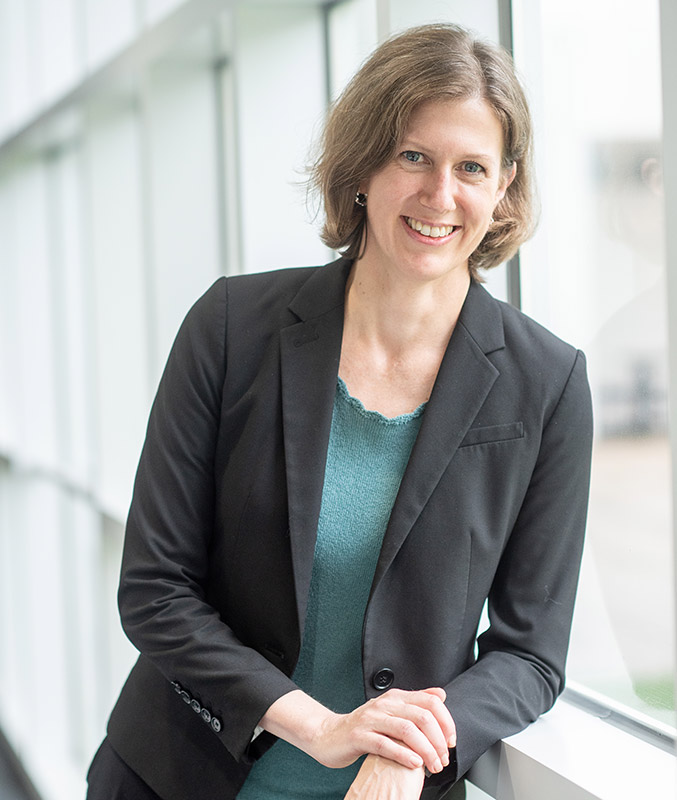 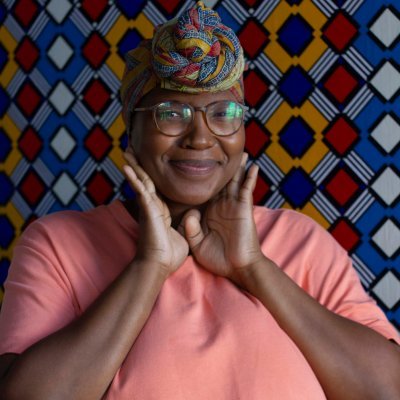 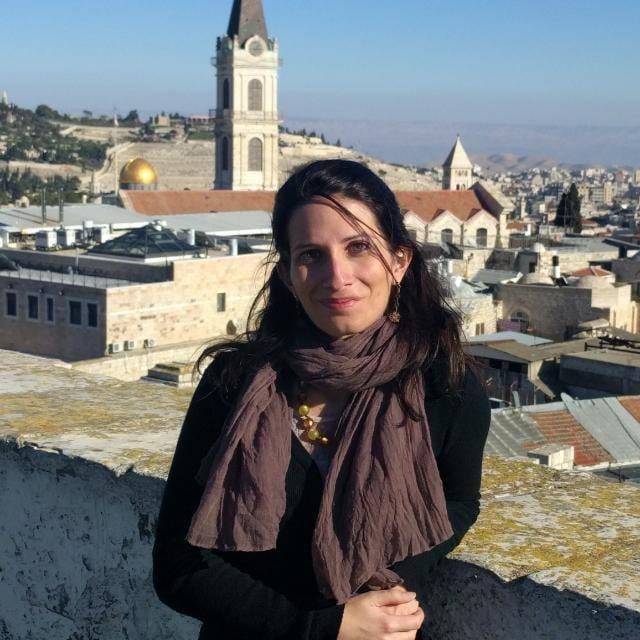 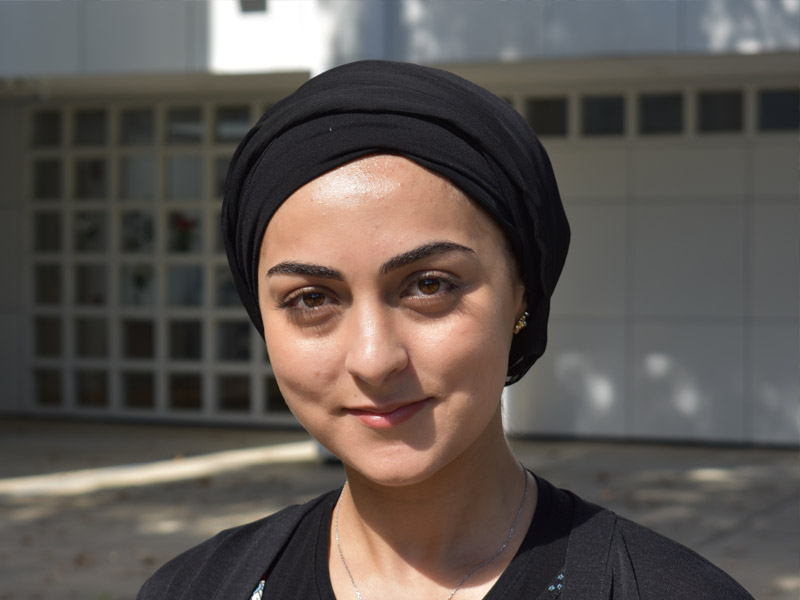 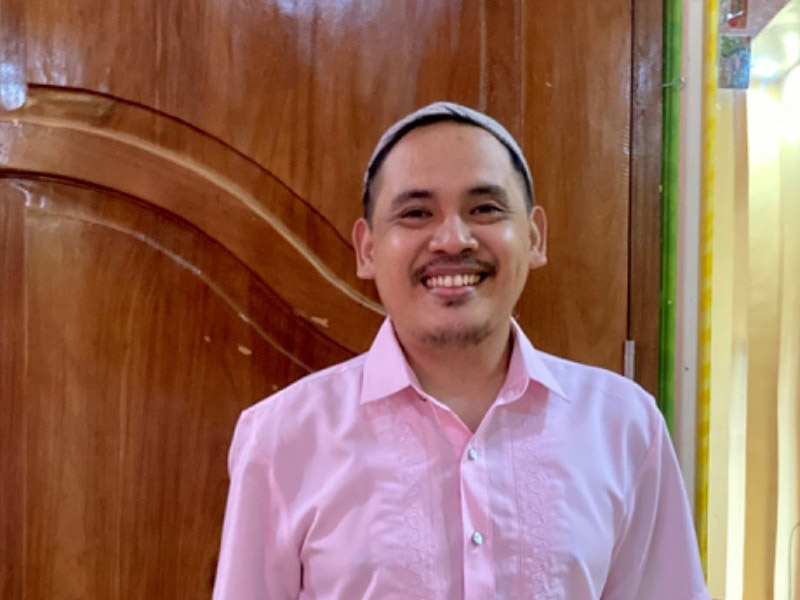 She has developed literacy programming in Zimbabwe, managed a teacher education project spanning 25 countries in Eastern Europe and Central Asia for the International Literacy Association, taught courses in African History in the U.S., directed Augsburg College’s study abroad program in Namibia and served as a Program Manager for Plowshares Institute, a small non-profit which taught conflict transformation skills to community leaders around the world.

A scholar interested in transitional justice, with a special focus on violence prevention, peace, trauma healing and reconciliation for both victims and perpetrators of gross human rights violations, Ayanda is currently Senior Facilitator for the University of Cape Town – Global Citizenship Programme, a co-curricular program providing students with an opportunity to engage critically with contemporary global debates and to reflect on issues of citizenship and social justice, and participated in the International Higher Education Interfaith Leadership Forum.

Joining 900 religious leaders, activists, peacemakers and youth from around the world at the 10th World Assembly of Religions for Peace in Germany, Fatima was nominated to represent the Middle East and North Africa on the organization’s international youth committee. The event draws on action points to enhance positive peace, transform violent conflict, promote just and harmonious societies, promote integral human development and protect the earth. Fatima adds, “as for now we are in the process of putting strategies to increase our network and identify youth leaders working on religions and peace.

Coming from the Philippines, a country where Muslims and Christians live together despite their differences in culture and belief that largely rooted in politics and negative perceptions handed down centuries ago, Acmad was interested in studying Islamic Studies and Christian-Muslim Relations. When he returned home, used these insights to draft a syllabus introducing the comparative study of religion at his university in the Philippines and then was hired as a research officer for an international Islamic seminary in Manila.

A Pioneer for Muslim-Christian Relations

The Macdonald Center for the Study of Islam and Christian-Muslim Relations is the country’s oldest center for such study, opening in 1973.

Hartford International is dually accredited by the Association of Theological Schools in the United States and Canada, the New England Commission of Higher Education and approved by the Office for Financial and Academic Affairs for Higher Education of the State of Connecticut. 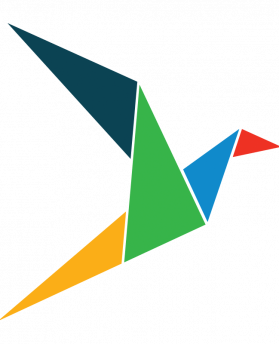 A Name Change Not Taken Lightly

In one form or another, Hartford Seminary has been around for 187 years. While the campus has been in five different locations, and though we actually began as the Theological Institute of Connecticut, for most...

The post A Name Change Not Taken Lightly first appeared on Religion & Peace.

Take the Next Step

Broaden your perspective. Deepen your ability to make a difference. Hartford International University programs prepare religious leaders and peacemakers who go beyond their own beliefs to embrace people of all faiths.